I’m a big fan of Halloween. That’s putting it lightly, and any of my friends and family reading this will know the truth. From my childhood trick-or-treating years to current days of binge-watching Hocus Pocus, I absolutely adore this holiday – the costumes, the candy, the pumpkins—all of it. In preschool, I was able to pick out my costume for the very first time. Being the indecisive Disney-loving girl that I am, I choose a unique combo of Esmeralda from The Hunchback of Notre Dame and Princess Jasmine from Aladdin. Even after I passed age 3, I obsessed over potential outfit ideas when October 31st rolled around. A 50’s girl costume, a Karate Kid, and a homemade Glinda the Good Witch costume courtesy of my Grandma Jo (my all-time favorite, by the way) – so many options! Would the kids in my class like it? Should I have a backup plan in case things didn’t turn out right? What if someone else had the same idea?

Of course, with the passing of Halloween, another large event in the United States loomed on the dim, autumn horizon. This year brought around an election year, and a big one. Mere days after a joyful celebration and countless smiling children, Americans made the very serious decisions on the future leaders of this country. And as I watched countless debates leading up to November 8th, I couldn’t help but notice the scary similarities between Halloween and Election Day. No, I’m not talking about a pants-suit costume or frightening foreign policy. I’m talking about masks. They were everywhere this year. And I find this more haunting than any horror movie, zombie costume, or terrifying corn maze. I know I’m not alone in this observation. This year, the country lacked authentic, genuine candidates to stand behind on the national level. With the attack ads playing over the television on an hourly basis, values and character were brought into question constantly. Malicious words were exchanged. Vicious rumors were spread from all angles. In an election when we should have been celebrating two huge milestones on both sides—the first female presidential candidate and the first presidential candidate without a career in politics – the entire country was tearing each other apart. It was in the media and it was at your dinner table. People were obsessed with the identity of the two party nominees. And here’s the core of it all – did we truly even know who they were? With the chaos surrounding the election, did we learn anything truly real about their characters? All I saw were masks, left and right, hiding the truth from a country that deserves better. My heart hurts just thinking about the mess.

I promise this post will not get political. You don’t need to know who I voted for or what I thought about the results. What you do need to know, and what I think you already know, is that this country is in desperate need of authentic leaders. People who are willing to show up and be seen for who they truly are. People who are trustworthy, kind, and generous souls. People who are willing to admit when they have made a mistake, instead of pointing fingers. People who are willing to be vulnerable and authentic. People who are ready to get rid of the mask. I know they exist because I see them every day. They are my friends and my neighbors. They are my family members and my co-workers.  They are the men and women next to me in church. They are the people I saw walking out of the polls, smiling because they made an impact in the democratic process and they had hope. I see you. I know you are there. Thank you. My prayer is that you will continue these good deeds whole-heartedly in the future. 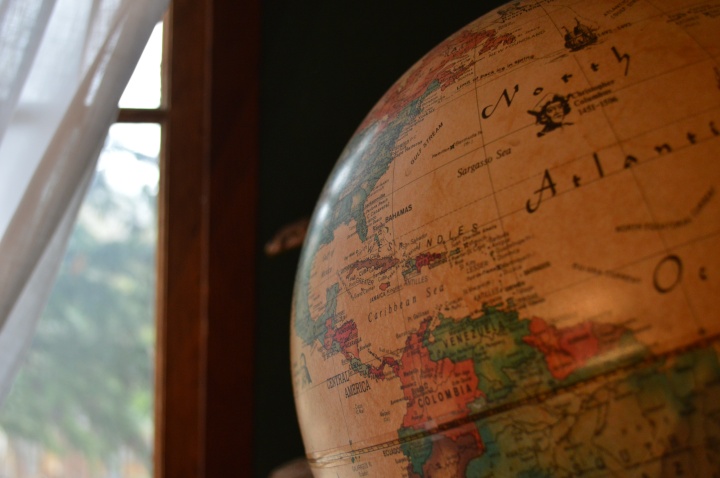 Last year, I had a close friend recommend a book to me about taking off the masks. Scary Close by Donald Miller is a book that touched me deep down in my core. By reading this book, I learned to show up and be seen for who I truly am. I learned to drop my mask to the floor and let the curtain close on my act that I’ve been holding tight, using as a defense mechanism for nearly my entire life. I’ve passed this book onto others numerous times because it needs to be shared. It’s one of those change your life books. And I couldn’t think of a better time to encourage people to live authentically than the day after such a disturbing election. Miller opens his book with an Author’s Note and words that resonate and haunt me today. “Somebody once told me we will never feel loved until we drop the act, until we’re willing to show our true selves to the people around us” (xv).

While his writing unfolded, I discovered that although Donald Miller’s memoir is focused on his life-long struggle with empathy and fear, he has a message that truly resonates with every reader.

Your story is worth telling.

It may be easier to hide who you are, cloak yourself in a costume, or put on a mask every day. But I believe that each of us, by the grace of God, is loved and can be loved authentically. The very idea that Christ could redeem us speaks to the fact that you have a right to show up and be truly known. Of course, like two hands locked in prayer, that vulnerability brings shame and fear. Shame is probably one of the scariest words in the English language. It’s the reason I wear a mask or put on an act. In Chapter 3 of his story, Miller opens up about his own shame and the true root of where it began. Reading his words titled, “Everybody’s Got a Story and It’s Not the One They’re Telling”, I felt emotions begin to pour out of me when I remembered instances of shame and fear from my own childhood. It’s despairing to think about, that at a pivotal point in our lives, we were conditioned to believe that something about us was so inherently wrong that we needed to over-compensate.

Miller pushes this idea even further in the very next chapter, “Why Some Animals Make Themselves Look Bigger Than They Are”, by recognizing that when each of us put on a mask, we are believing in shame. Deep down, something whispers, you are not good enough. As human beings, we have a reflex to distract others from who we are at our core. It’s like seeing a bear while you’re out hiking on a trail in the mountains. (Thankfully, I’ve never actually experienced this. However, one can imagine the scenario and bone-chilling fear.) The silence in is deafening. Even though you are thinking, oh my god I’m going to die today, you are supposed to puff out your chest like a big rooster. Double your size. Make that gigantic bear, or any antagonist for that matter, forget who you really are. We put on a mask because we think that is what makes us worth loving. Maybe then people won’t see that we aren’t good enough. Maybe then people won’t know who we are at the core. If someone hears about our job, our big move, our new car, our upcoming vacation, they won’t be able to find this inherently wrong thing that we carry. We use this theory like a social crutch and I often hear myself making the same mistakes. Validation is intoxicating, and it will always be easier to talk about success than failure, fear, or shame.

Hope still sustains me, though. As I think more about the chapters in Scary Close, the more they truly highlight be pain all around our world today. Just look at the two chapter titles I referenced above. They immediately bring to mind the national election that was so publicly broadcasted and paraded before us the entire year of 2016. But I’ve seen the work this book has done for others. I know I’ve witnesses the change this book has brought out in me. By taking a chance and recognizing the shame that I carry in my life, I’ve opened myself to a beautiful idea. If Christ could love me enough as I truly am, for my authentic and genuine and shameful self, the world might be able to do that, too. For revolutionary change, we need others to recognize this idea. In the future, I know that I am looking for leaders who will take off the masks, and I am praying that this day comes soon.

“I began to wonder what life would be like if I dropped the act and began to trust that being myself would be enough to get the love I needed” (35).