A little over a year ago, I had the pleasure of visiting Ireland for the first time alongside my younger sister. I had just finished two years at my first full-time job and found myself relieved to step away and take a longer vacation. As we started to plan our adventure, my sister and I knew we would be tired (as she was coming off a month and a half long study abroad trip in Italy). But most importantly, we wanted to make the effort to learn more about the Irish culture. When we met together near the River Liffey which runs through the center of Dublin, we were ecstatic to be in a new country together.

These photos are just a sample of the time we experienced there. You may notice the overcast sense that permeate throughout my earlier photos, from the restaurants of Dublin to Trinity College. I believe this depicts my weariness on arriving to the city, reflecting my exhaustion from travel and time changes. The very word Dublin means “black” or “dark” in classical Irish. As a city, Dublin has seen a great deal of darkness in its past, from an early Viking settlement to the more recent violence surrounding the Irish fight for independence. When my sister and I arrived, the city was commemorating its 100th anniversary of the Easter Rising, a revolutionary movement claiming the lives of nearly 500 in Dublin. As we learned more, it was, at times, hard to understand that Dublin was the capital city of a very young independent country, especially when we were surrounded by a great deal of history and Irish Nationalism that the tourism of Ireland can showcase.

While we spent the majority of our time in Dublin, our favorite day included a trip away from the hustle of the city to the rolling countryside. By looking at the photos, you’ll notice that we experienced a rare perfect day of weather on our trip west. We stopped in Galway and saw the sunlight hit the ocean at the Cliffs of Moher. It gave us a truly full view of Ireland, and I highly recommend taking the time to explore as much of the diverse country as you can. If you have the chance to visit Ireland in the future, make sure you notice the people of Ireland as often as the landscapes in front of you. From the cobblestone streets of Dublin to the gorgeous green pastures, the country radiated a welcoming attitude that I will always treasure. 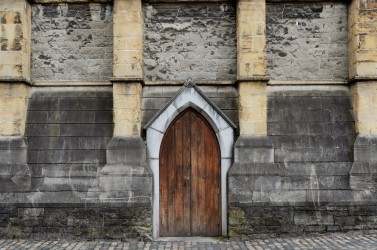 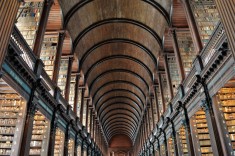 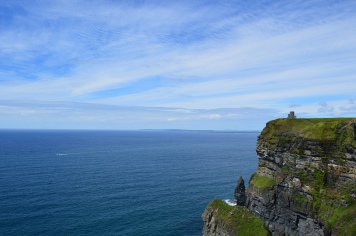